Home » Must See Attractions in Milan

Must See Attractions While Visiting Milano

Milan is revered and quite famous for being a tourist destination for many travel enthusiasts worldwide, attracting over 8 million overseas visitors annually. Ranked as the second best city to visit in Europe and in 2014 was ranked 24th globally in terms of tourist visits. Apart from engaging in business matters, most overseas visitors are attracted to Milan by its museums and art galleries that boast some of the most important collections in the world, including major works by Leonardo da Vinci.

In a city abundant with attractions such as Milan, it can be quite difficult to choose the best places to visit and fun things to do while in the city. However, worry not because you are about to discover a comprehensive list of things to do and sites to visit in Milan, to ensure you have a blast and make the most of your visit. 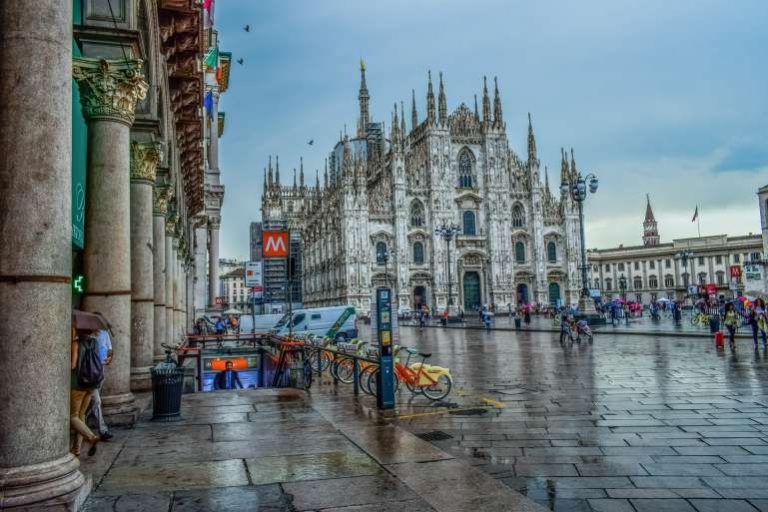 Duomo Di Milano is undoubtedly among, if not the most impressive structures in Milan. Standing proud in Piazza del Duomo, this behemoth cathedral has seen more than 600 years pass by and has the history to prove it! Covering a surface of 109,641 square feet and an entire city block, it is the fifth largest Christian church in the world.

With 3,400 statues, 135 gargoyles and 700 figures decorating the Milan Duomo, the cathedral is considered as being the building with the most statues worldwide. To fully appreciate the architecture of the most renowned silhouette in the city, you should go to the rooftop by either climbing the stairs or taking the lift.

You can set your watch by its surprisingly precise, albeit ancient sundial which was placed in 1768 by astronomers from the Accademia di Brera. Near the main entrance you’ll see a sundial on the floor. A ray of sunlight from a hole on the opposite wall strikes the clock, shining the bronze tongue on June 21, the summer solstice, and the meridian on the winter solstice, December 21.

Also, don’t miss the little red bulb, a spot above the apse (the arched part above the altar), which marks the spot where one of the nails of Jesus’ crucifixion was allegedly placed. Every year on the Saturday closest to September 14 the archbishop of Milan ascends to the apex in a wooden basket decorated with angels to retrieve the nail. 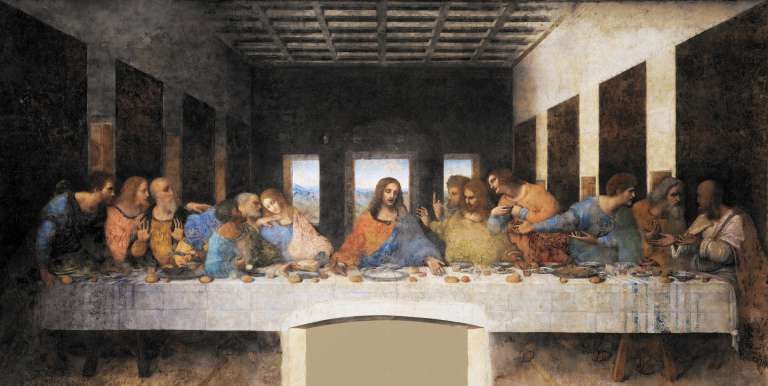 Hidden away on a wall of the refectory adjoining the Basilica di Santa Maria delle Grazie, the Last Supper is Milan’s most famous mural painting, presumably created in the late 15th Century by Leonardo da Vinci and is among the world’s most recognizable paintings.

The Last Supper is Leonardo’s visual interpretation of an event chronicled in all four of the Gospels (books in the Christian New Testament). The evening before Christ was betrayed by one of his disciples, he gathered them together to eat, tell them he knew what was coming and wash their feet (a gesture symbolizing that all were equal under the eyes of the Lord). As they ate and drank together, Christ gave the disciples explicit instructions on how to eat and drink in the future, in remembrance of him. It was the first celebration of the Eucharist, a ritual still performed.

Specifically, The Last Supper depicts the next few seconds in this story after Christ dropped the bomb shell that one disciple would betray him before sunrise, and all twelve have reacted to the news with different degrees of horror, anger and shock.

Leonardo hadn’t worked on such a large painting and had no experience in the standard mural medium of fresco. The painting was made using experimental pigments directly on the dry plaster wall and unlike frescos, where the pigments are mixed with the wet plaster, it has not stood the test of time well. Even before it was finished there were problems with the paint flaking from the wall and Leonardo had to repair it. Over the years it has crumbled, been vandalized bombed and restored. Today we are probably looking at very little of the original.

Much of the recent interest in the painting has centered on the details hidden within the painting, but in directing attention to these ‘hidden’ details, most people miss the incredible sense of perspective the work displays. The sharp angling of the walls within the picture, which lead back to the seemingly distant back wall of the room and the windows that show the hills and sky beyond. The type of day shown through these windows adds to the feeling of serenity that rests in the center of the piece, around the figure of Christ.

It is a masterful psychological study and one of the world’s most iconic images. 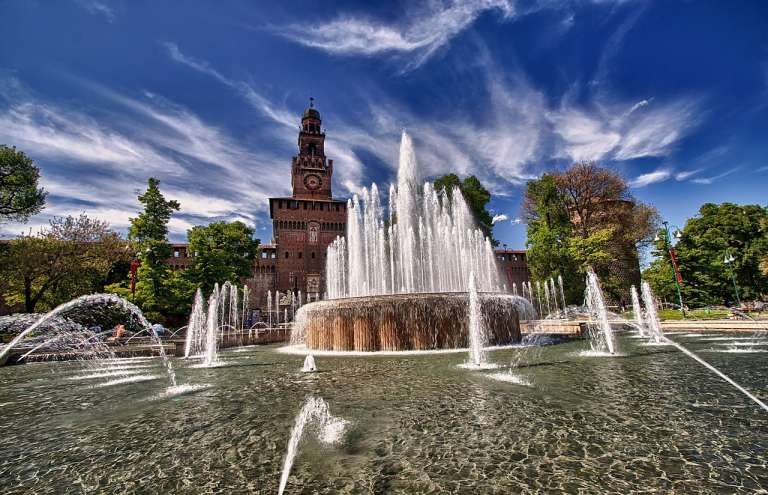 During the renaissance, control of Milan was contested between the Milanese, other Italians, and Northern Europeans and war was frequent. Castles were greatly fortified, but none came close to the Sforza Castle. A product of Renaissance art and architecture made for Renaissance war, the Sforza Castle is a stunning example of the complexity of Italian medieval life. The Castle takes its name from a powerful family who lived there, but they weren’t the structure’s first inhabitants.

The Sforza Castle as seen today was built on the site of a 14th century castle. It was rebuilt in the 1450s by Francesco Sforza, the Duke of Milan. In the 1490s, Ludovico Sforza commissioned various artists to decorate the Sforza Castle, including Leonardo da Vinci. During later years, Milan came under foreign rule and the Sforza Castle was mainly used for military purposes and fell into disrepair.
After Italian unification in the 1860s, the castle was restored by architect Luca Beltrami and was opened to the public in 1900.

Apart from admiring the frescos of Leonardo da Vinci, one can visit several museums housed in the castle, which include: 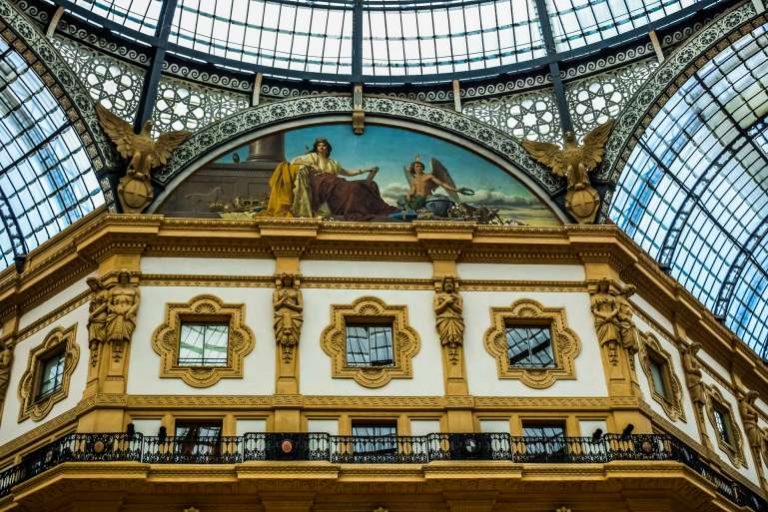 Housed within a four-story double arcade in Milan’s center, the Galleria Vittorio Emanuele II is Italy’s oldest active shopping mall. It is named after Victor Emmanuel II, Italy’s first king. It was designed in 1861 and built by architect Giuseppe Mengoni between 1865 and 1867. As soon as it was finished, the Galleria became immediately famous for its extraordinarily large size for its time, and signified a new era.

Considered one of the sites of Milanese luxury shopping, it hosts many prestigious labels and brand shops, famous cafés and restaurants, as well as Feltrinelli Records, one of the largest megastores in Italy. A wander through galleria is bound to create a wonderful sensation. Entering the Galleria, the corridor between Duomo and La Scala Theatre, its magnificent arch welcomes you and hints at the Milanese spectacle that lies within. The original idea of the designers was to create a porticoed street that would function as a showcase and offer somewhere to take a pleasant stroll, enjoy an aperitif or have dinner after the opera.

Today, it can still be considered the “parlor” of the city, a place where you relax and enjoy a coffee at the bar Camparino, let yourself be enchanted by the cute hats of Borsalino and the collections of Prada and Louis Vuitton, or stop for an aperitif at Savini.

If you wish to return to Milan, the tradition suggests that you have a spin with your heel on the mosaic bulls “attributes” that make up the pavement of the Galleria’s splendid central octagon. Once a gesture to ward off evil, it has become part of the Milanese tradition and has such a following that a deep hole has formed in the pavement.

You will surely enjoy visiting the Galleria, it will also feel like turning the clock back in time: for the construction, which started in 1865 used mainly iron and glass, as for the Parisian train stations, a well-advanced technique in those days. 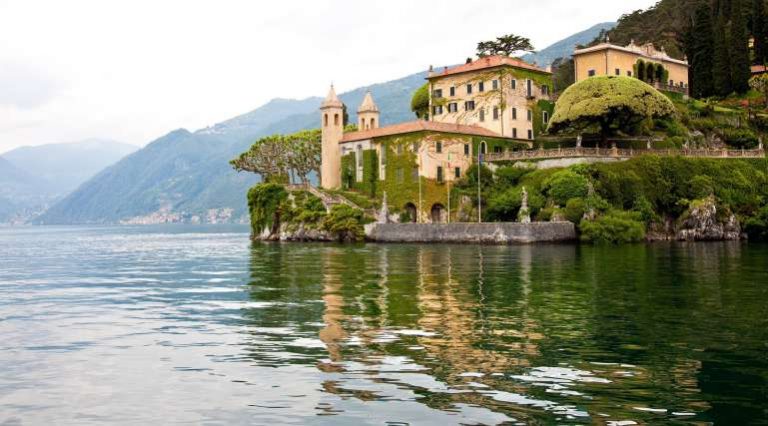 Even in a country filled with delightful places to visit, Lake Como distinguishes itself as a destination that has its place on top of the wish lists of many tourists. Also known as Lake Lario, its magnificent scenery has enchanted artists and travelers such as French novelist Flaubert, musicians Gioacchino Rossini, Giuseppe Verdi, and Vincenzo Bellini for centuries. Lake Como still attracts celebrities who appreciate the evocative beauty of the Lake and its surroundings. Located approximately 31 miles from Milan, between the Provinces of Como and Lecco, it is the third-largest Italian lake, after Garda and Maggiore and also the deepest, at 1,345 feet.

Lake Como is not only synonymous with the rich and famous, it also has plenty of activities for the ordinary, humble tourist. The best time to visit Lake Como is from May to September, with the hottest months being July and August when average temperatures are around 22°C (72°F). If you don’t like crowds, avoid visiting from June until the end of August! Some key reasons why you should visit Lake Como include;

The second largest lake in Italy, it straddles two Italian regions, Lombardy and Piedmont, and a small part juts into Switzerland’s Canton Ticino. Since the 19th century it has been one of the top vacation and weekend destinations for wealthy families from big cities, who built some of northern Italy’s most stunning villas on its shores. It is well positioned under Mount Rosa, has a varied landscape, a climate that allows distinctive vegetation to thrive and is easily accessible from Milan and Piedmont. Some places worth visiting while at Lake Maggiore include;

Stop by any or all of the aforementioned destinations and you are bound to have a trip of a lifetime, that will not only adorn your collection of life stories, but also leave you wanting to return again and again. Happy Travelling.

Subscribe to our weekly newsletter and receive our latest travel articles, city guides and things to do.
We will never spam your email addresse and you can unsubscribe whenever you decide to.

Manage Cookie Consent
To provide the best experiences, we use technologies like cookies to store and/or access device information. Consenting to these technologies will allow us to process data such as browsing behavior or unique IDs on this site. Not consenting or withdrawing consent, may adversely affect certain features and functions.
Manage options Manage services Manage vendors Read more about these purposes
View preferences
{title} {title} {title}

Best deals, no cut-off, no more over bookings!

Book now and visit the attraction in the same day as long you can arrive at meeting point before activity starts. *WHERE SPECIFIED!.
last minute

All Last Minute Tours & Activities include fast track access, where possible, to speed up the entry into monuments.
TIME SAVER 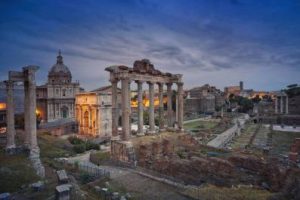 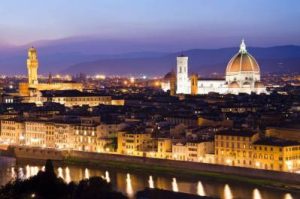 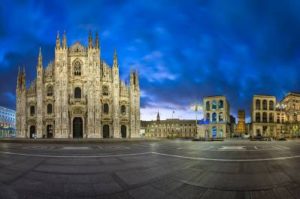